Skip to content
piątek, 14 maja, 2021
Latest:
Informacje ze świata A call from HIV/AIDS activists was made in more than 20 countries to boycott Abbot Laboratories drug products with regard to the treatment it is

A call from HIV/AIDS activists was made in more than 20 countries to boycott Abbot Laboratories drug products with regard to the treatment it is giving Thailand due to its recent provision on compulsory license on some HIV/AIDS drugs like Kaletra.

Thailand issued compulsory licenses on some drugs from heart disease to HIV/AIDS-related diseases and infection in order to help local patients who are in such condition. Thailand carries one of the biggest health burden in HIV/AIDS-related cases in the world.

Abbot who is an exclusive manufacturer of these popular anti-retroviraldrugs and was alleged to have been engaging in some sort of abusive pricing which is forcing a lot of countries to issue compulsory licenses and break patent on drugs that are currently registered with these big pharmaceutical companies.

While I think that this is harmful to Abbot side and beneficial to the government and people who uses it, it is sometimes best for these pharmaceutical companies to rethink and reconsider the prices theydictate to the market and to the general public. Monopoly seems to be the biggest problem and capitalism is becoming fatal.

Sometimes, before I go to sleep, I think that money really makes the world go round….

More information at the following sites: 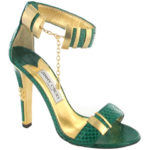